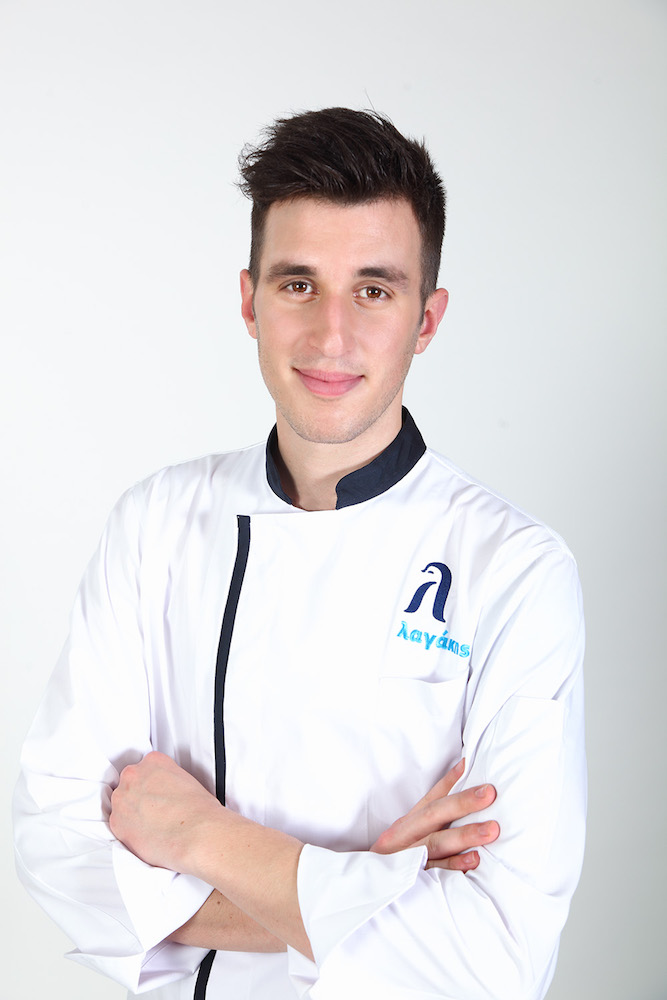 Anastasis is currently part of the kitchen staff in “Athens Hilton Hotel”, Anastasis has a significant experience in the preparation and cooking of fish dishes. Cooking is his passion and he loves to experiment with new recipe combinations and new flavours. When asked what he considers the biggest asset for a man he says “his authority”, while his answer for a woman was “her intelligence”. He is a very honest person and demands quite firmly the same from those around him.

Anastasis loves Greece very much and doesn’t want to ever have to leave it permanently, his favourite colour is red and his dream for the future is to become an accomplished professional chef, to be well educated, and with a depth of knowledge so he can open his very own successful restaurant.

Finally, Anastasis is a member of the “fresh team” that Lagakis Corporation has put together since 2015 and the phrase he has as a personal motto is “…Bon appétit!”

Below you will find some of Anastasis’ recipes!